Posted at 22:00h in Matchday Report by Louis Padgham 0 Comments

On the 19th January 2022, Southwark Stars travelled to Sutton United to play their first ever 11-aside match at Gander Green Lane.

Manager, Louis Wickett-Padgham, brought a big squad hoping to make sure fitness wouldn’t be an issue as the team progressed from 7-aside pitches. The squad included 18 players, 15 of which had never played an 11-aside match and also gave Chris Forster, Harry Grimes and Josh Desire their debuts.

After a sharp warm up and team talk, the players were ready for the match. Excited fans were in the stadium but also watching from home via the live YouTube stream.

The stage was set. Sutton United kicked off and came straight out the blocks.

Early pressure from the home side saw them take the lead in under 10 minutes and it was clear they were used to playing on a full size pitch. Sutton United doubled their lead after 15 minutes with clinical finishing from their strikers. 2-0.

Southwark Stars then began to enjoy possession and their confidence grew too. The likes of Davey, Bittar and Forster combined through the middle and started to create space. On the 20th minute, Bittar beat his opponent and played a lovely weighted through ball to Forster. Forster took the ball in his stride, broke away from Sutton’s defence and powered a shot low and hard across the goal into the far left corner. Southwark Stars were back in it. 2-1. 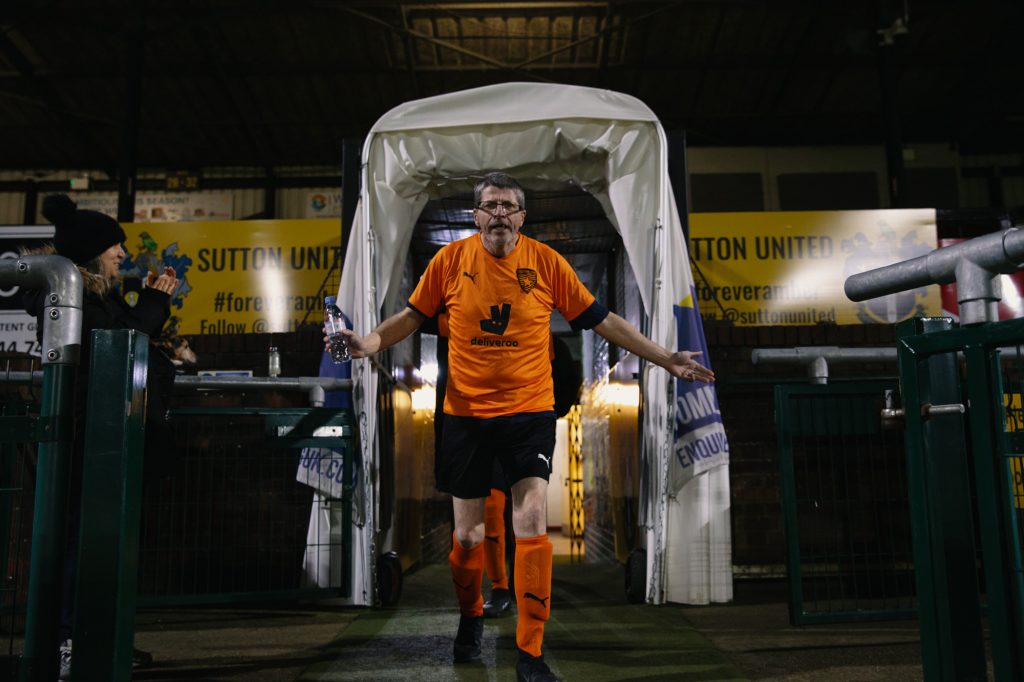 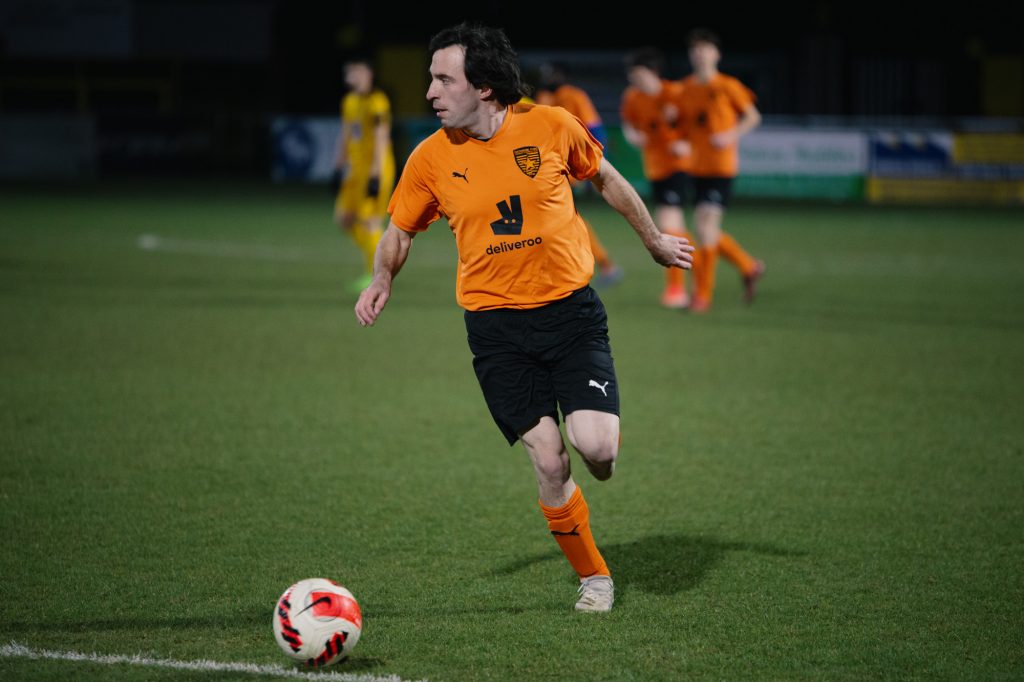 They kept the momentum and chances started to fall their way. Bittar went close with a shot from just inside the area, captain, Brown, was narrowly caught offside when through on goal with just the keeper to beat and Forster forced the keeper into a great save from a 30 yard free kick. The equaliser seemed to be coming.

Against the run of play, Sutton hit back with an outstanding edge of the box curling shot, that Star’s keeper Daniel Seriki could do nothing about. 3-1.

Half time. Although Sutton looked strong, Southwark Stars felt they could still get back in it. 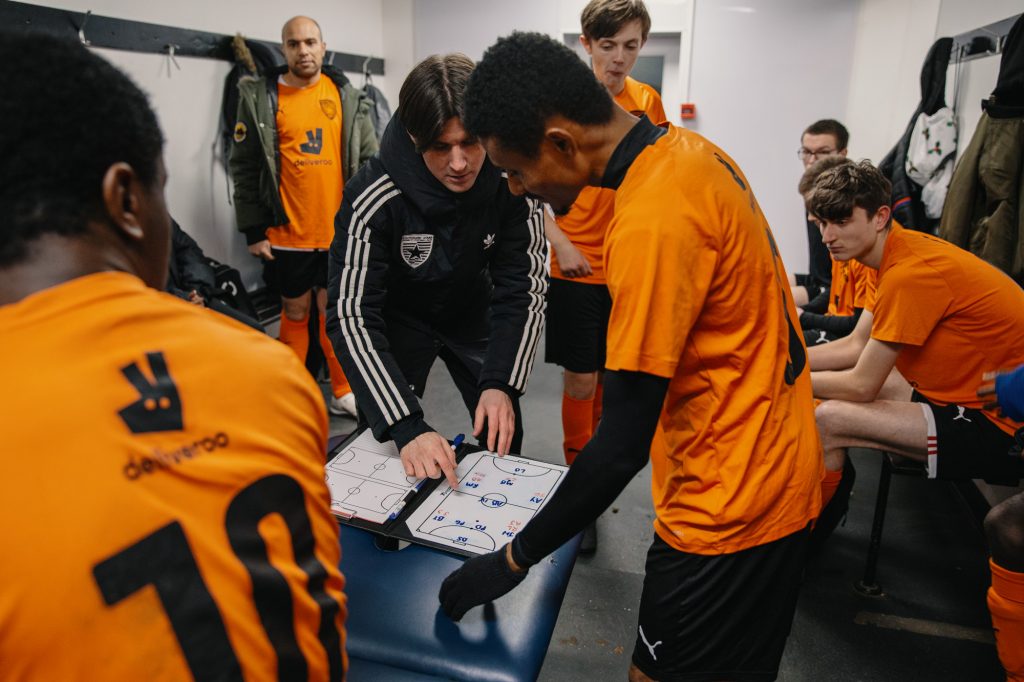 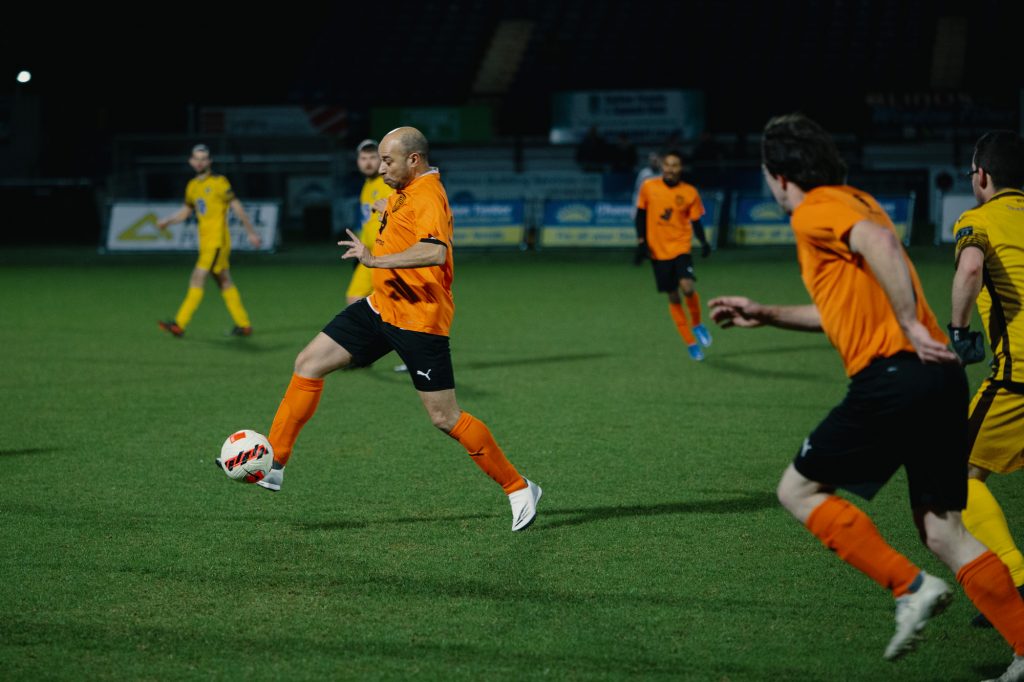 With both teams looking refreshed, there was little difference at the start of the second half. Sutton had chances but the defence of Hourigan, Gilligan, Dulake and Jacobs, with Vaughan holding in midfield, were well organised and held strong.
Going forward, the Stars created excellent opportunities to get the equaliser with Yusuff putting the ball wide from the 6 yard box and Taylor just not being able to put the ball over the line after a goalmouth scramble.
Sutton always looked dangerous too, though and after surviving our attacks they put the game beyond reach. 3 goals in 10 minutes, saw the hosts lead 5-1. With 20 minutes to go, there seemed no way back.
On the 75th minute, Davey won the ball back in the middle and played an excellent 30 yard pass between Sutton’s full back and centre back. On the end of it was Bittar. He burst through into the box and cooly slotted home. 5-2. 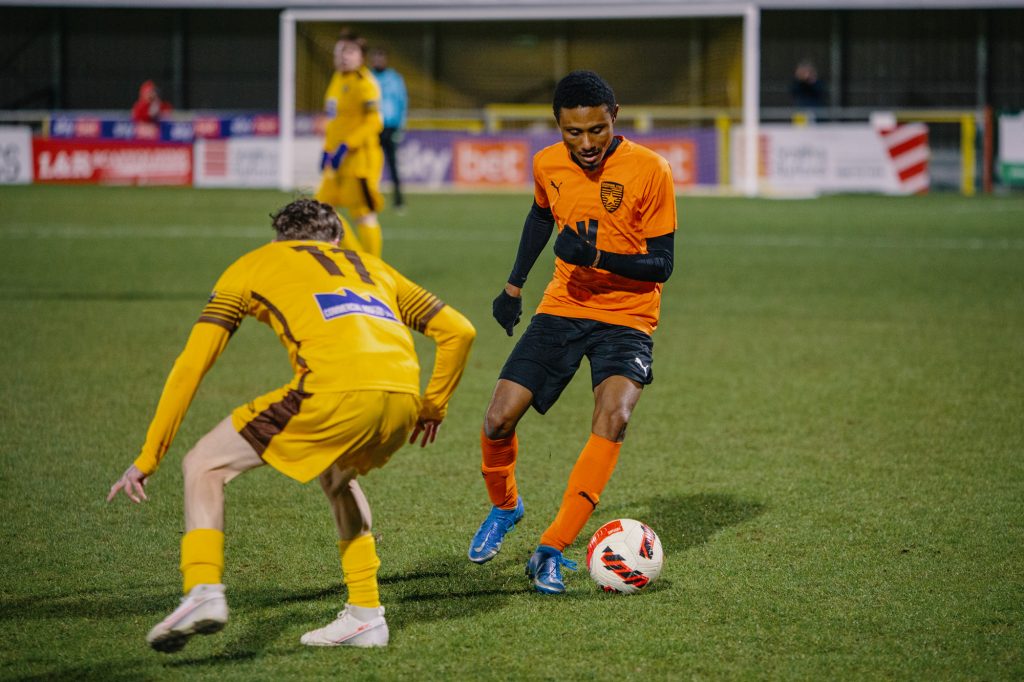 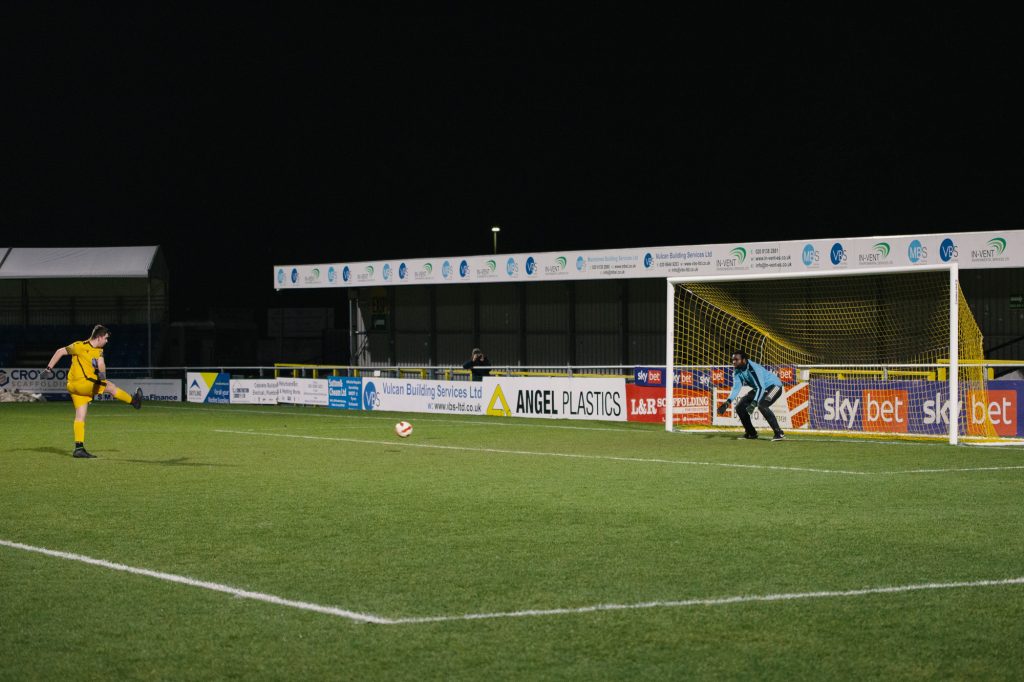 Sutton continued to press and with skilful play around the box, won a penalty after a last-ditch attempt at stopping a shot from Dulake and Jacobs. Up stepped Sutton’s number 10… but saved! Seriki got down well to his left and got a strong left hand to the ball. Seriki has now only conceded 2 from the last 10 penalties faced.
In the dying minutes, Sutton United did make it 6-2 with a tidy finish from inside the box but the result didn’t tarnish the occasion.
An excellent all round display from Southwark Stars who left the pitch with their heads held high. A night that will live long in the memory. Massive thanks to Sutton United for hosting us.
Final score: Sutton United FC 6 – 2 Southwark Stars Disability FC

A Voice For Women Badge Brand Identity Branding Grassroots Football London Empowered Men's Disability Football Team North London Disability League southwark Southwark stars disability football club sutton united Women's Disability Football Team
We use cookies on our website to give you the most relevant experience by remembering your preferences and repeat visits. By clicking “Accept All”, you consent to the use of ALL the cookies. However, you may visit "Cookie Settings" to provide a controlled consent.
Cookie SettingsAccept All
Manage consent

This website uses cookies to improve your experience while you navigate through the website. Out of these, the cookies that are categorized as necessary are stored on your browser as they are essential for the working of basic functionalities of the website. We also use third-party cookies that help us analyze and understand how you use this website. These cookies will be stored in your browser only with your consent. You also have the option to opt-out of these cookies. But opting out of some of these cookies may affect your browsing experience.
Necessary Always Enabled
Necessary cookies are absolutely essential for the website to function properly. These cookies ensure basic functionalities and security features of the website, anonymously.
Functional
Functional cookies help to perform certain functionalities like sharing the content of the website on social media platforms, collect feedbacks, and other third-party features.
Performance
Performance cookies are used to understand and analyze the key performance indexes of the website which helps in delivering a better user experience for the visitors.
Analytics
Analytical cookies are used to understand how visitors interact with the website. These cookies help provide information on metrics the number of visitors, bounce rate, traffic source, etc.
Advertisement
Advertisement cookies are used to provide visitors with relevant ads and marketing campaigns. These cookies track visitors across websites and collect information to provide customized ads.
Others
Other uncategorized cookies are those that are being analyzed and have not been classified into a category as yet.
SAVE & ACCEPT